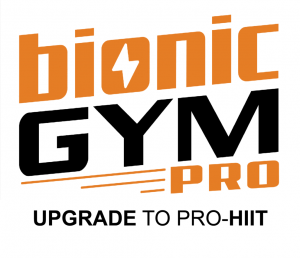 BionicGym is a relatively new workout phenomenon that is intriguing to most people who are looking for a lifestyle change. It can be the answer to many people’s prayers who have a hard time getting to the gym or have injuries that prevent them from doing more traditional workouts. Okay, so you know a little bit about BionicGym, but what about the more recent upgrade, the Pro+HIIT version. Is the Pro+HIIT BionicGym Version worth it and what does it have to offer?

What Does It Do?

So the way that BionicGym typically works is that it will start you at a low-level intensity and slowly move you up to higher levels as you get more comfortable with that intensity. So most of the time you will be increasing your intensity as the workout goes on.

This is for two reasons: 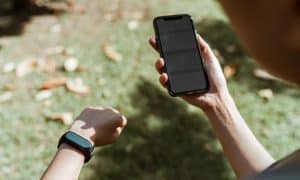 If you use the Pro+HIIT version, then it will work your body out in a slightly different way.

First of all the Pro+HIIT version unlocks more intense levels than are possible with the standard version. This can be very exciting to people who have been using BionicGym for a while and know that they are capable of moving past some of the more intense levels. It is also a great option for people who are already athletes but are looking for some extra exercise during downtime.

Second, the Pro+HIIT version unlocks a different kind of way of working out than the standard version. While it reaches very high intensity (that you can modify to whatever level you want) it gives you more of an interval training. So you will have high peaks of energy bursts with a recovery period of low electric pulses.

Why Is That Important?

If you have spent any time researching different methods of exercise, then you might already know the benefits of interval training. It is a training method that people who are a bit more serious about their athletic training like to use and there are some pretty great outcomes.

You might be wondering what is high intensity interval training? Most people are familiar with the term but maybe don’t know exactly how it’s done. In a nutshell, high-intensity training usually is a period of about two minutes of your peak energy exertion followed by a short break.

Tabata Is A Form of HIIT 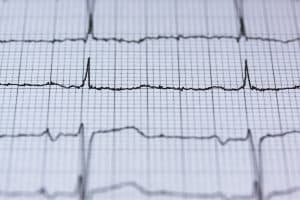 If you have heard of Tabata, it is a form of extra intense HIIT workout. Tabata requires you to do your most extreme energy exertion for 20 seconds followed by a 10-second break. This might seem easy when you think that 20 seconds is next to nothing. But these intense workout periods are just that–intense.

According to Women’s Health, the man who created Tabata training found that “​​athletes who performed these extra-intense, four-minute interval workouts five days per week for six weeks increased their anaerobic capacity and VO2 Max (i.e. how much oxygen they could consume during exercise) more than athletes following other protocols.”

When you are working at an anaerobic heart rate, you will find that you will work out breathless, which is very intense but can give you some really awesome results. This is your heart rate at the highest it can possibly go, and if you’ve read my post about BionicGym Results where I go into detail about how you actually lose weight, you know that a high heart rate is a good indicator that you are losing a lot of calories.

Even if you are not working at your peak the entire time that you are doing a HIIT exercise, you are actually boosting your metabolism more than you would be doing a standard workout for a longer period of time. This is because raising your heartrate to the anaerobic rate where you go breathless will cause your body to burn energy even in the recovery periods. This is known as the afterburn effect.

What Kind of People Should Use It?

The Pro+HIIT BionicGym version is an ideal training method for many people, but here are some people that would really benefit from using it. 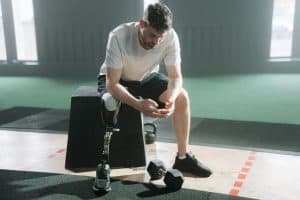 One of the groups of people who would benefit greatly from the Pro+HIIT version is athletes. They are already used to working out at intense levels and their bodies will be more accepting of these intense workouts from the get-go.

You might wonder if any athletes would even want to use this version of BionicGym if they are already working out in other ways regularly. It is true that they might not be as excited as some other people who don’t have time for a standard workout in their day but think of all the athletes who have been injured.

Every week during football season you see at least one player per game carried off the field because of an injury. They could be out for months! And it is even more difficult for athletes to stay healthy when they are not consistently practicing because their body is used to intaking the correct amount of calories for when they have a regularly high level of exertion. Recovery can be very difficult. No matter the injury, an athlete could keep their body fit while they are in recovery mode.

People who are serious about their weight loss should really look into HIIT. You can burn a great number of calories with the standard version, but you don’t get quite the same amount of after-burn effect that boosts your metabolism even after you are done working out.

While the whole point of BionicGym is to cater to those people who don’t have a lot of extra time in their day, sometimes people find it difficult to even have an hour of sitting time at home. These people will be especially excited about the HIIT version because they can get a higher calorie burn in a shorter amount of time.

People who have been using BionicGym for a while and are looking for a more intense workout should look into the Pro+HIIT version for sure. They might really benefit from the change in pace and be more excited about losing a high amount of calories in a shorter amount of time.

When Should You Get It?

I would personally recommend that you get it after you try out BionicGym for a while. You don’t get any kind of package deal by buying it with your standard version, so there isn’t a huge benefit to buying it early. I would try it out first because you might find that in the beginning, the high-intensity levels in the standard version are enough to keep you losing weight and seeing results.